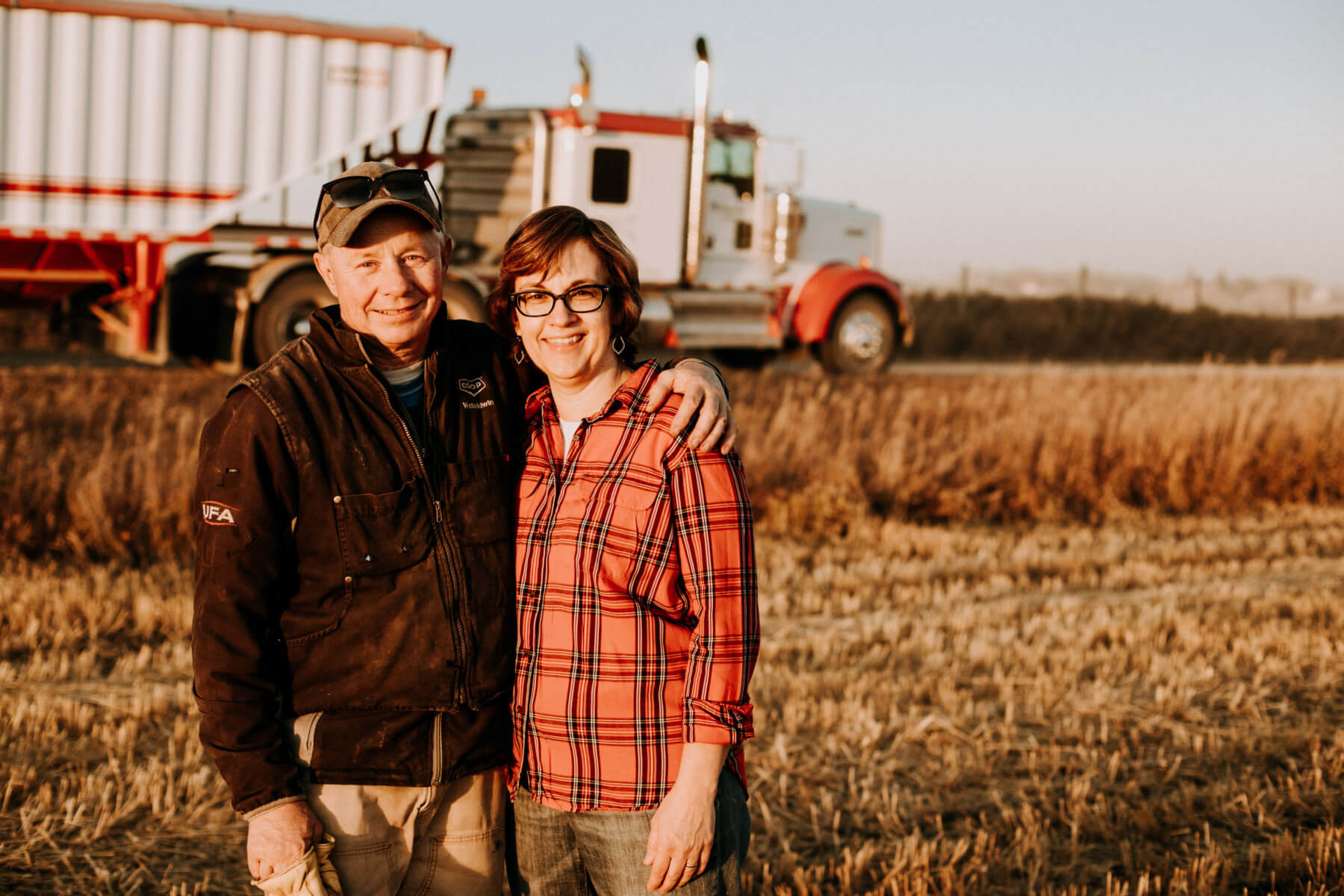 Westway Farms Ltd. was officially incorporated in 1983 By Tom and Carol Hadway but made its initial debut in 1974 with the purchase of land in Didsbury, Alberta Canada. Tom’s Grandpa Bill Hadway instilled his love of farming on to Tom at his farm in Dauphin, Manitoba. The Hadway’s made their way west to Alberta and Tom’s passion for agriculture lead to the establishment of Westway Farms in Didsbury, Alberta just one hour north of Calgary, Alberta.

Grain and cattle are the foundation of the Westway Farms operation. Westway Farms has grown and sold pedigree seed since 1989. Purebred Simmental cattle were added in 1992 and some Hinsdale Angus genetics from Montana were added in 1996 to work on a Sim-Angus program or as it is better known at Westway, the WestCross program. Presently, we are growing and selling Pedigreed Seed with an on-farm seed cleaning plant, selling purebred Simmental, Angus, and Westcross bulls, running a 500 head cow/calf herd and feeding and finishing 1000 head.

Westway Farms is a family based operation supported by staff who are an important part of the Westway Family. Our accomplishments are achieved together. It is very important for Westway Farms to be responsible stewards of the natural land base we manage. We are farming land that is fourth generation farmed on Carol’s side of the family so it is important that we ensure the land is sustained and protected for years to come.

Farming is not only a business, it is a privilege, and it is something that we at Westway Farms love. We are proud to be apart of the agriculture industry and community on a local scale, Albertan scale and Canadian scale. 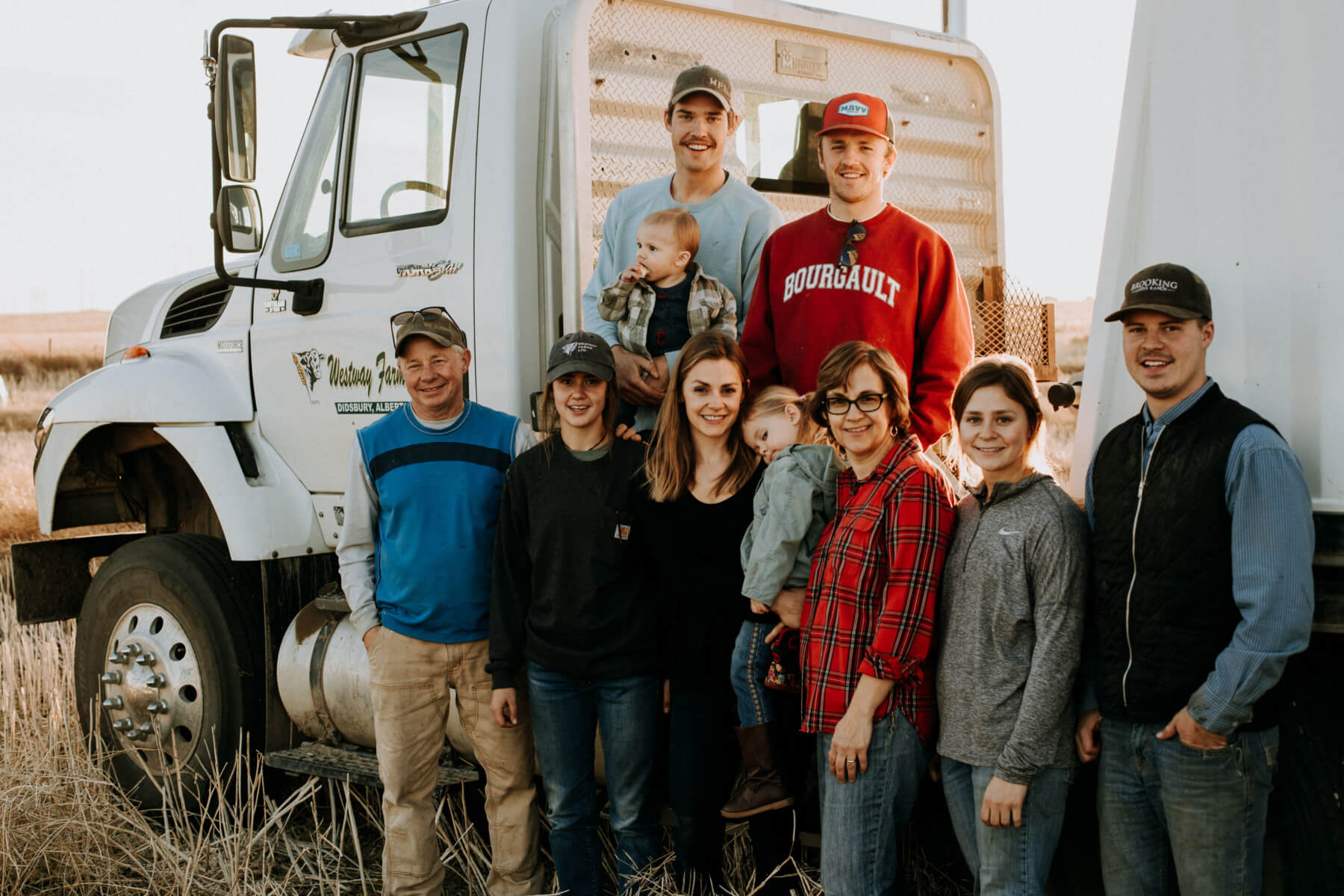 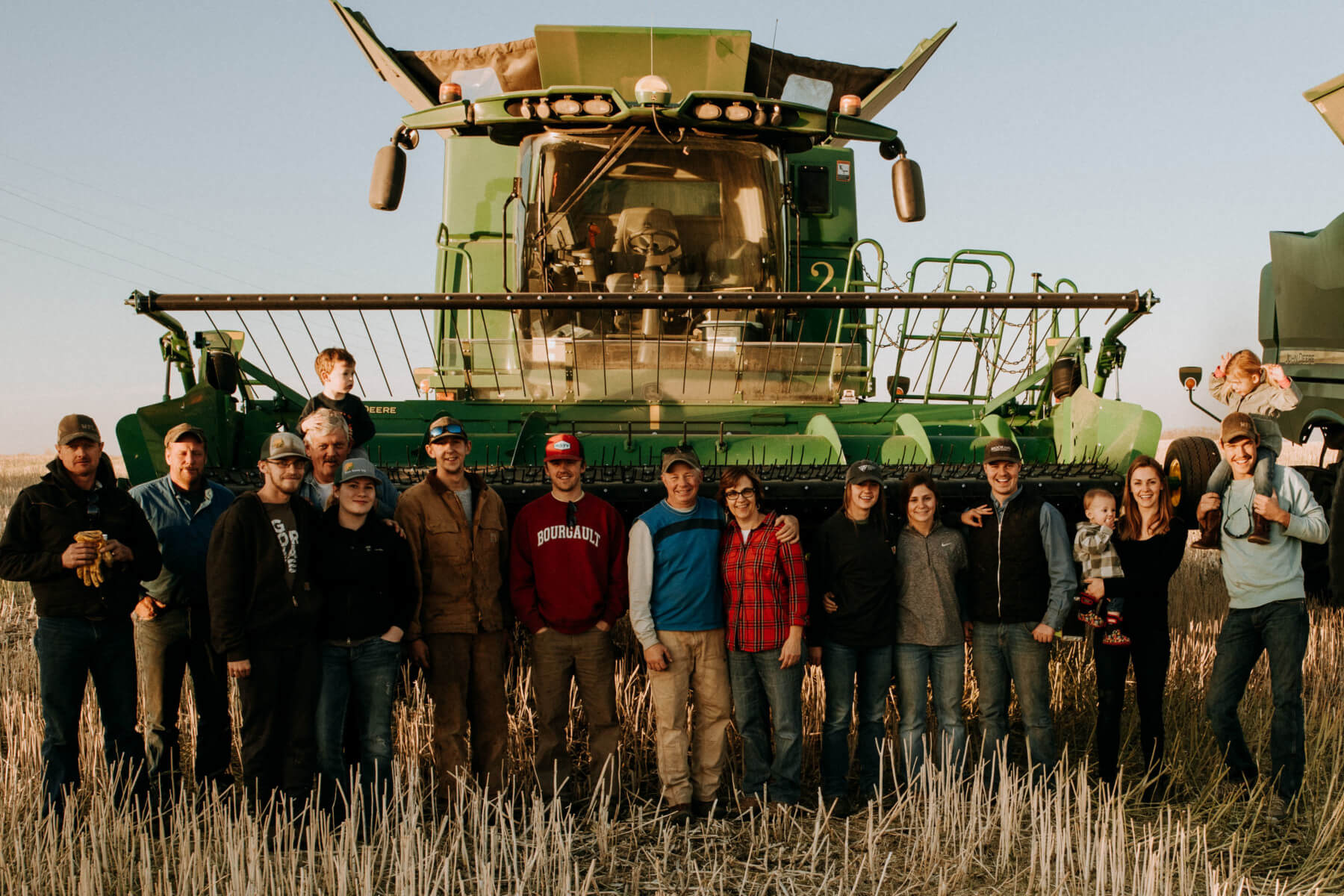 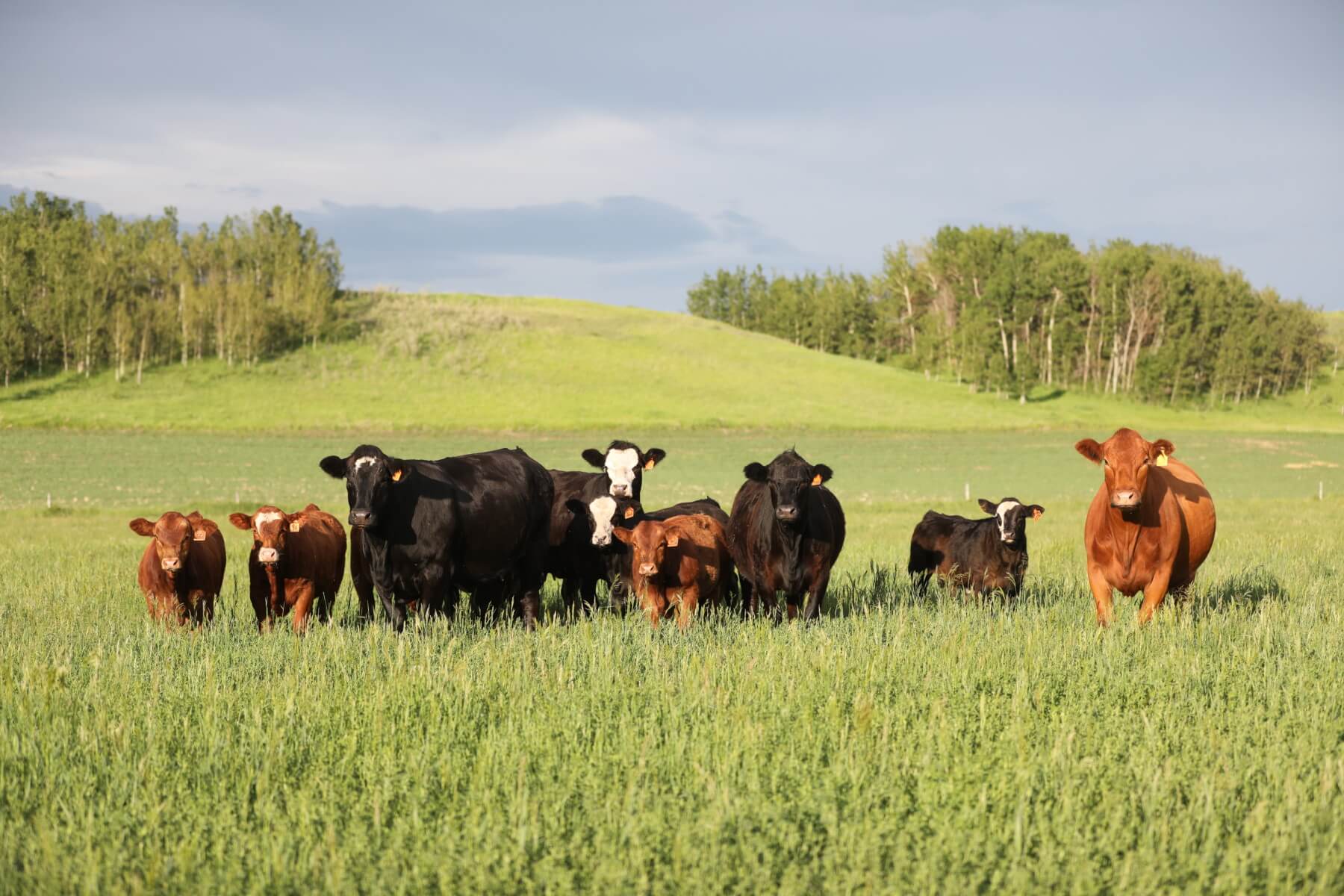 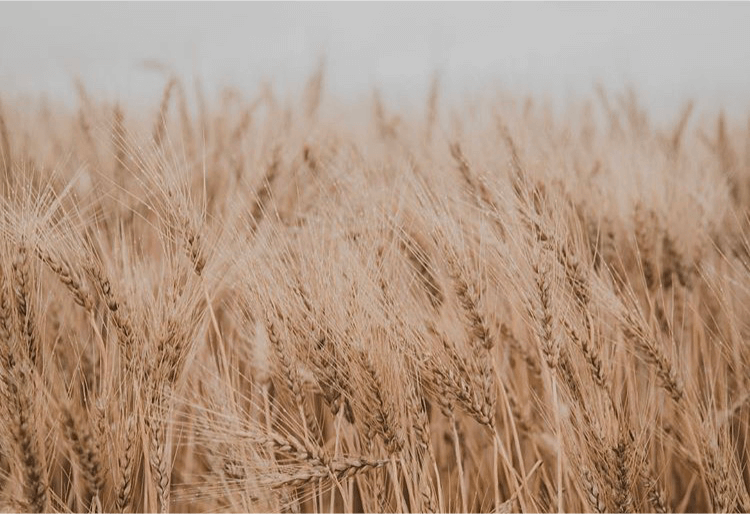 Westway Seed Farms has been growing pedigreed seed in Didsbury, Alberta for over 40 years - find out what varieties we currently have available!

Thank you for visiting the Westway Farms website. To get in touch with a team member, please contact us, but clicking on this link! 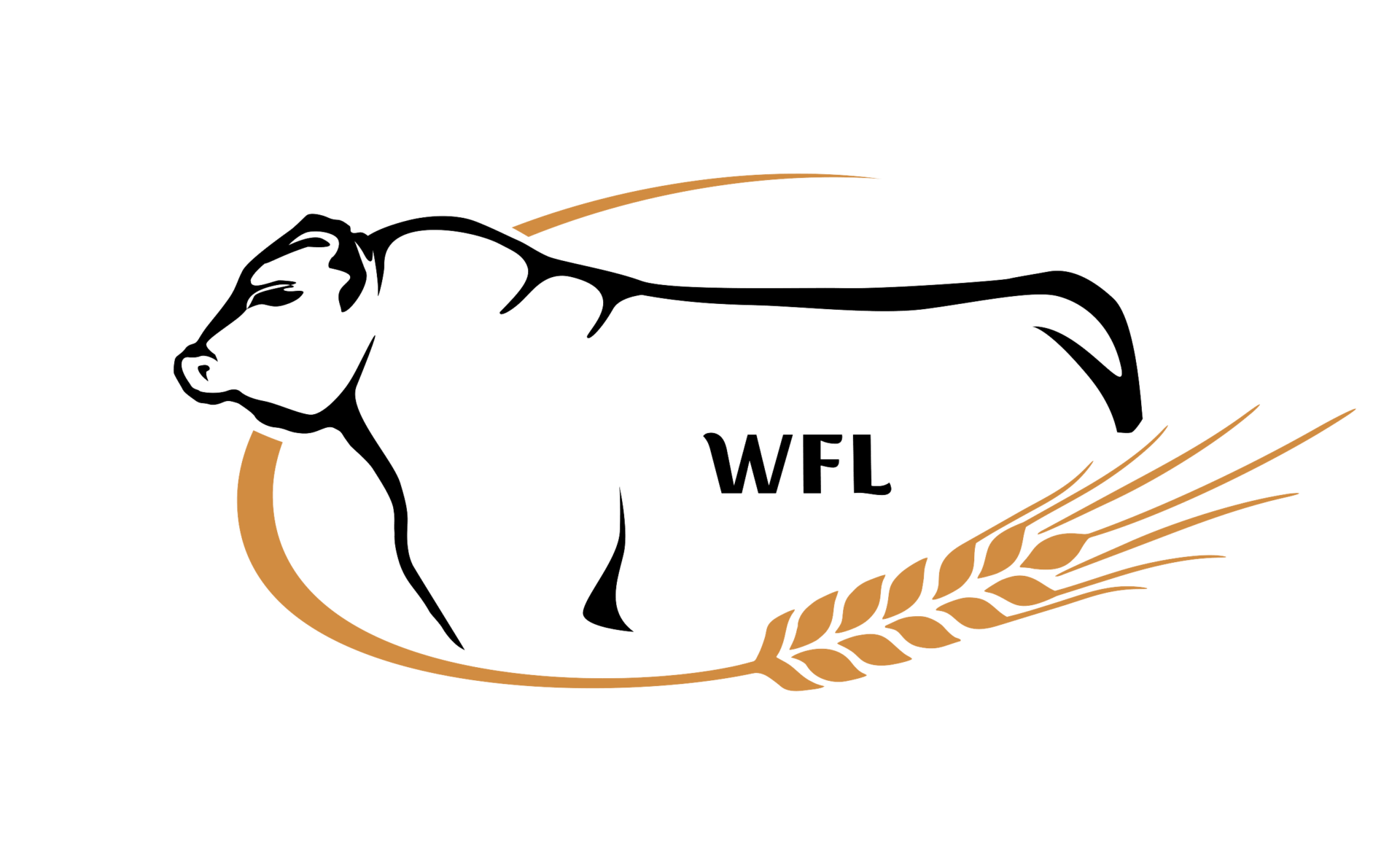 Today we celebrate JOSIE’s birthday! Although we

2022 Westway Branding in the books! It was a great

THANK YOU!!! We can’t express our gratitude to

ITS CLOSE OUT DAY! Thanks to everyone that came

Calving has came and is almost gone - oh how time

ONE WEEK!! We are one week away from sale day! V

#cdnagday is our day everyday! So thankful & grate

The catalogue is still in the works! Here are two

Pictures are done and the catalogue is in the work

This last week we brought our momma cows home to t

Happy New Years! From our family to yours we wish

Merry Christmas from our family to yours 🎄 Coun

The red line up is looking🔥 Pretty excited abo

What a change in the last week! Winter is here! W